American Express Global Business Travel and TripActions each have reported a significant uptick in business travel bookings in recent weeks, which they said is a sign of hope even as another new Covid-19 variant takes hold in many key markets.

Speaking at an investor day this week, in advance of the travel management company’s merger with special purpose acquisition company Apollo Strategic Growth Capital that will soon take it public, Amex GBT chief commercial officer Andrew Crawley said that as of the week of April 2, transaction recovery hit 61 percent of 2019 levels for the same period. That is an increase of 33 percentage points of recovery since the middle of January, when the omicron variant surge was in full swing, he said.

TripActions, meanwhile, in recent weeks reported that during the first quarter, it saw more than half the total number of bookings it saw for the full year of 2021. From January to the end of March, global bookings increased 125 percent, including a 240 percent increase in airline spending and a 138 percent increase in hotel spending.

“They were much more confident in their ability to manage their travel programs through this period and out the other side,” Crawley said during the investor day event. “We saw none of our customers changing their policies to batten down the hatches like they had done in previous variants.”

TripActions also noted a rise in travel by what it deems “supercommuters,” employees who need to travel to their own offices to meet with their coworkers, as adding to demand. The company noted such employee classes as engineers and marketing and product teams have increased their share in total employee travel as an indication of that.

With the rebound, TripActions also noted average U.S. domestic airfares during the quarter have been rising steadily each week, up 55 percent from the second week of January to the penultimate week of March. As demand continues to rise with limited capacity, that trend is likely to continue, according to TripActions chief commercial officer Daniel Finkel.

“Airlines are reporting 70 percent recovery of business travel, yet there are pilot and staffing shortages and supply chain issues with plane deliveries,” Finkel said in a statement. “And while rising fuel prices have not affected fares just yet, that could be on the horizon. In general, airlines are starting to substantially reduce their lowest fare/advanced purchase inventory in favor of higher fares and last-minute pricing.”

Why Veterans Who Want to Start a Business Should Consider Franchising

Sat Apr 16 , 2022
Does the idea of owning your own business and being your own boss excite you? There are many reasons veterans make excellent entrepreneurs after military duty: The commitment, discipline, resilience and other skills developed during your time in the military are paramount to success as a business owner. If you […] 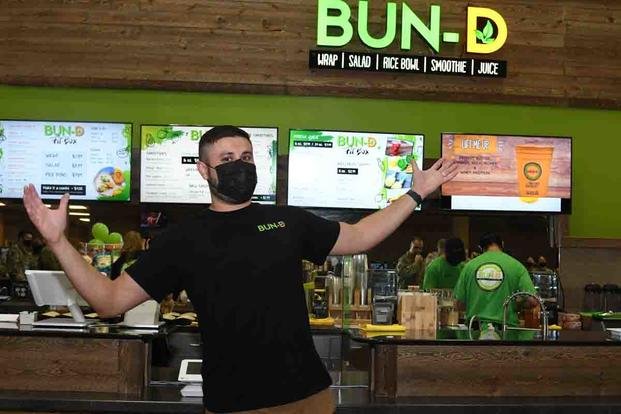