British Airways’ owner has said a recovery in business travel and trips by wealthy passengers will drive a return to profitability this year.

International Airlines Group (IAG), which also owns Iberia and Aer Lingus, said that while Omicron had a short-term impact on bookings in January and February, the easing of coronavirus-related travel restrictions had improved travel demand in the first quarter, particularly in the UK.

“Demand is recovering strongly in line with our previous expectations,” said Luis Gallego, the chief executive of IAG. “We expect to be profitable from the second quarter onwards and for the full year. Premium leisure continues to be the strongest performing segment and business travel is at its highest level since the start of the pandemic.”

The company, which reported an operating loss of €731m (£625m) in the first quarter compared with more than €1bn in the same period last year, added that there had been “no noticeable impact” on the business from the war in Ukraine. Analysts’ consensus on IAG, which made a €3.5bn loss in 2021, was for an operating loss of about €510m in the first three months of the year.

Shares fell 8% on Friday, making IAG the biggest faller on the FTSE 100.

Gallego said that by the third quarter, demand across the all-important UK-US travel corridor would almost be back to pre-pandemic levels.

The resurgence in demand is also taking place in the hotel sector, with the revenues of InterContinental Hotels Group, the owner of chains including Crowne Plaza and Holiday Inn, up 61% year on year in the first quarter and the average daily room rate back to pre-pandemic levels.

“We’ve seen very positive trading conditions in the first quarter, with travel demand continuing to increase in almost all of our key markets around the world,” said Keith Barr, the chief executive of IHG. “The high level of demand we have seen for leisure travel continues to drive increased rates and occupancy. We also continue to see a return of business and group travel.”

IAG’s Gallego warned the strong recovery, which has resulted in long delays at understaffed airports and airlines cancelling hundreds of flights, has led to the biggest scaling-up operation in airline history.

“Globally, the travel industry is facing challenges as a result of the biggest scaling up in operations in history and British Airways is no exception,” he said. “The airline’s focus at the moment is on improving operations and customer experience and enhancing operational resilience.”

BA has come in for some criticism over its cancellations, and the chief executive, Sean Doyle, said: “We’re acutely aware of the issues that we’re facing at the moment, and we’re working hard at addressing all of the pain points.”

Another 500 call centre agents were joining to boost customer service, among the 6,000 additional staff the airline plans to recruit this year, he said. Doyle also hit out at Heathrow for not reopening all of its terminals swiftly enough and being “unrealistic about the rebound in demand”, with the airport having issued gloomy forecasts for the recovery.

Doyle added that higher volumes of passengers would lower the airport’s charges under the model agreed by the regulator: “If Heathrow build their operational capability for the demand that’s out there, charges should fall and consumers get a better deal.”

Sun May 8 , 2022
Ned Sackman When I wrote about NFTs in these pages last summer, I explained what they were and how they related to intellectual property. As a quick refresher: NFTs are digital tokens that use blockchain technology to act as proof of “ownership” of some rights associated with a separate and […] 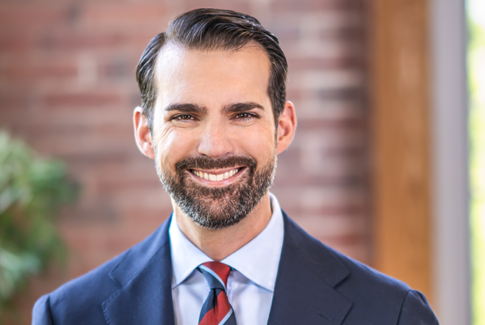