“I walk away from this symposium, frankly, with my mind blown about the level of opportunity in our state,” Polis said in a one-on-one interview with The Denver Gazette. “I met with four or five CEOs who are hiring, between them, thousands of people in the aerospace industry in the Colorado Springs and Denver areas.”

One of those officials included Tom Vice, CEO of Sierra Space. The company is partnering with Blue Origin, Boeing, AWS (Amazon Web Services) and others to build NASA’s Orbital Reef space station — which will replace the aging International Space Station.

Asked if the state could do any more to support startup and small companies, he said it’s already “deploying tax credits to help companies grow to scale.”

He was likely referencing the state’s Office of Economic Development and International Trade. In the past two years, the state Economic Development Commission has received, and approved, eight aerospace company proposals to either relocate or expand here. The companies are seeking Job Growth Incentive Tax Credits, which can be worth millions of dollars. State officials agreed to award $19.7 million in grants to those companies to create some 2,047 jobs over the next five to nine years. Three of those companies accepted and are growing here.

“The aerospace industry is a big part of our success as a state, especially for the Pikes Peak region,” Polis said.

He repeated the oft-iterated ingredients to the secret sauce that make Colorado ideal for aerospace companies: great quality of life; talented workforce; large number of military retirees; military presence like U.S. Space Force, educational institutions like University of Colorado and Colorado State University and the School of Mines that are cranking out engineers; and a momentum-building industry base with stalwarts like Lockheed Martin, United Launch Alliance, Ball Aerospace and others.

“That’s a full cycle of military preparedness and commercial space exploration,” he said. “Colorado’s the best place for space in the nation.”

Raymond Gonzales, president of the Metro Denver Economic Development Corporation, told the crowd gathered at the Colorado Space Coalition’s booth that the new branding campaign AerospaceColorado is “inclusive and accessible” and will help the state’s unified approach nationally and internationally.

The state just agreed to grant $60,000 to the coalition to execute the campaign, he said.

“We’re getting the message out about or aerospace ecosystem, available capital and talent across the state. … There’s a real value proposition there,” Gonzales said. “Plus, since Colorado is a mile high, we’re closer than other states.” 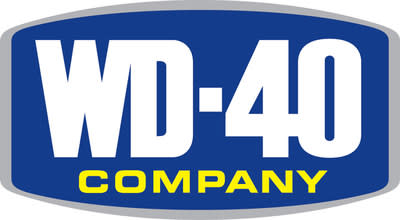