Southwest Airlines will begin offering faster Wi-Fi, bigger overhead bins, and USB power outlets at all its seats. The improvements will be phased in over five years, and are part of a plan to spend $3.5 billion per year on capital improvements. The airline also said it will double the movies available to watch during flights. The announcement should be welcome news to many Southwest frequent fliers, especially those who travel for business.

The move is likely a response to both a current reality and a timeless truth. First, there’s the unexpected growth in business travel. Business travel, like all travel, plummeted during the pandemic. Leisure travel has rebounded in the past year, as restrictions eased and people found themselves with disposable cash and a pent-up desire to get away from home.

But business travel was supposed to be a different matter. As Zoom and other video chat platforms became more ubiquitous, many assumed they would come to replace many business trips. Experts–including Bill Gates–predicted that even years after the pandemic was done, business travel might still be down by 50 percent. Instead, some airlines are reporting business travel in 2022 at 70 or 90 percent of its 2019 level.

That’s the current reality, The timeless truth is that people are creatures of habit, and that includes business travelers. Once most of us form habits around where we shop or dine, or what airlines we fly, it’s tough to get us to change–especially since airline mileage programs reward us for staying put. The pandemic, however, upended all our habits and even frequent business travelers have spent most of the past two years at home. Which means that now is a rare chance to get them to form new habits, and eager airlines are competing not with lower prices, but with more of the amenities business travelers want. United, for instance, announced last year that it was adding premium seats, larger overhead bins, and seat back screens.

Southwest, which doesn’t have meals, premium seats, or even assigned seating, had long resisted enlarging its overhead carry-on bins, particularly since, unlike most airlines, passengers can check up to two bags for free. But it wants to attract more business travelers, and many prefer to travel with carry-on luggage to save the time they would spend waiting for a checked bag. Business travelers (and leisure travelers, too) worry about having their smartphones or other devices run out of juice during a flight, and are likely to appreciate being able to plug in at their seats. And the airline is set to offer a new class of ticket that would allow passengers to cancel a flight and transfer the credit to someone else, another offering that’s likely to appeal to business travelers.

Slow and unreliable internet connections are a particular irritant for business people, who often hope to spend their time in the air getting work done. Airlines, including Southwest, recognize this and have been vying to offer better internet service. Hawaiian Airlines and Delta Air Lines have both announced that they plan to offer free Wi-Fi to passengers, with Hawaiian Airlines partnering with Elon Musk’s Starlink service on the offering. Southwest is also planning to offer free Wi-Fi–but only temporarily, to create high usage as a test for its new hardware.

Will all this be enough to bring more business travelers to an airline that has traditionally focused on the leisure travel market? It just might be. Southwest certainly has more than its share of devoted fans. Either way, having airlines compete with things like faster internet and bigger carry-on bins, rather than struggling to beat each other’s prices by a dollar or two, certainly seems like a good thing to me. If you travel for work, I bet it does to you, too.

Thu Jun 2 , 2022
OKLAHOMA CITY, Oklahoma – “You don’t look native enough,” said customers to Jake Keyes when they learn that he is the owner of Skydance Brewing Co., the first Native American owned brewery in City, according to its website. Keyes said, an oppressing issue that Natives must tackle from time to […] 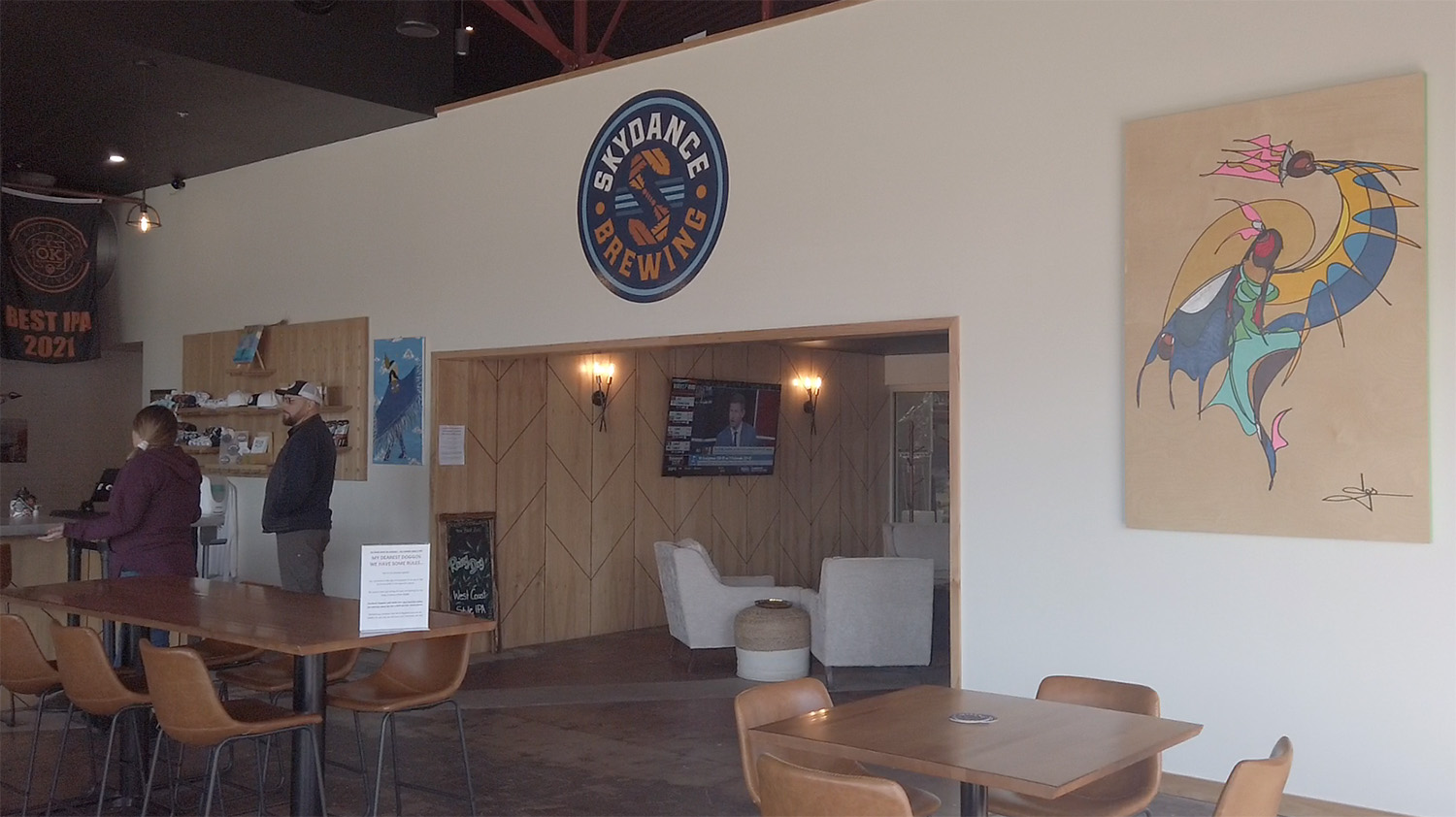