It’s a question that’s almost as old as Netflix: How long can we have the world’s favorite streaming video service with no commercials?

For years, when Netflix executives have been asked if the company might someday run ads like conventional TV, their answer was some version of nope. However, people who keep close tabs on Netflix detected a subtle but meaningful change in response last month by the company’s top finance executive, who said: “Never say never.”

The executive, ​​Spencer Neumann, said that the company had no plans for ads, but his comments renewed arguments from folks in entertainment and finance about whether Netflix would or should add commercials.

Alongside apps like YouTube and Facebook, Netflix is an unquestioned leader as the world’s leisure habits change. But streaming is a tough business, period, and the possibility of adding commercials shows that even the industry’s star is finding it difficult to repeat its past success.

Netflix is a bit of an internet oddball for earning income purely from monthly fees paid by its customers. Conventional cable TV, some streaming video services and other companies, including The New York Times, combine subscriptions and advertising.

I want us to consider two questions: First, does it help us when companies that make money from selling products add more paid commercial messages into the mix, as Amazon, Apple and Uber do? And second, as technology services that we love mature from new kids to leaders in their field, will the pressures of grown-up life force them to change in ways that we don’t like?

Let me step back and give some context for why the longstanding question of whether Netflix would add commercials is coming up again.

Netflix for a long time kept finding new customers as it pursued its mission to become TV for the world. But for now, subscriber growth is slowing down. Netflix wants to get bigger, and so do its investors, who have worried enough to wipe $140 billion off the company’s stock market value since November. Netflix has said that its slower growth may be caused by more pressure from challengers, including those in the entertainment establishment like Disney and HBO that are copying Netflix with their own streaming services.

When companies are having trouble increasing sales as quickly as they hope, they typically hunt for fresh ways to make money — and this is often found in advertising. Amazon started out as just an online mall, but now it collects billions of dollars a year from companies that pay it to make sure that you see their dog beds or pulse oximeters.

Netflix with commercials might keep the price lower for subscribers. Or it might just pad the company’s profits. I’m not sure that we get lower prices when manufacturers pay to make sure that we see their products prominently on Amazon or Instacart or on Walmart’s shelves.

I am curious to see what Netflix does, both because I like streaming without commercials and because this is an intriguing role reversal.

We usually see in the digital age young whippersnappers challenging industry leaders. Except this time, old guard entertainment companies like Disney are taking on a tech company. This does not happen very often!

This time, the tech company is the one that is big, profitable and warning its staff to be more frugal. The entertainment grandparents, plus Amazon and Apple, are the ones throwing money around to try to grab new customers quickly, sometimes with cut-rate prices on subscriptions.

And just as the media giants copied Netflix, now Netflix is stealing a bit from them. Netflix shunned TV ratings for years, but now it has them, sort of. Like old school TV, some Netflix series dribble out new episodes slowly, rather than all at once for the binge fests that the streaming service became known for.

HBO Max, Disney+ and Hulu, as well as some other streaming services from conventional entertainment companies, have two tiers, one with ads that costs less and another without commercial breaks and a higher monthly fee. That may tempt Netflix to do something similar.

Pure dumb fun in this Twitter thread of people sharing their contentious opinions about food, including that bananas on pizza taste amazing (?!?!).

We want to hear from you. Tell us what you think of this newsletter and what else you’d like us to explore. You can reach us at [email protected].

If you don’t already get this newsletter in your inbox, please sign up here. You can also read past On Tech columns.

Sat Apr 9 , 2022
Perhaps a sign of the times at the airport: You may soon have fewer places to shine your shoes. Monday, the Metropolitan Airports Commission moved forward with the process that would reduce the number of shoe-shining vendors at Minneapolis-St. Paul International Airport from two to one. “Due to the impacts […] 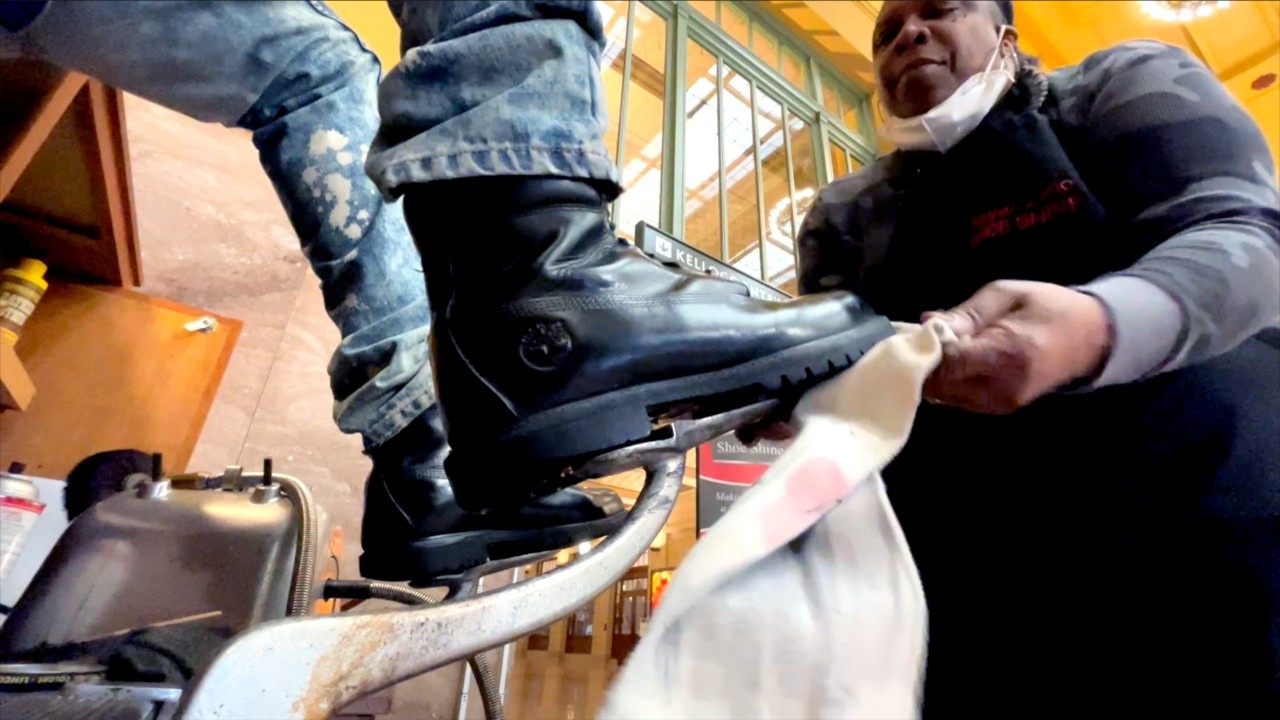