WASHINGTON, April 12 (Reuters) – A U.S. consumer watchdog on Tuesday sued TransUnion (TRU.N) and one of its former executives, accusing the credit reporting agency of tricking consumers into making recurring payments after the company was fined in 2017 for similar activity.

The lawsuit, filed by the Consumer Financial Protection Bureau in federal court in Illinois, accuses John Danaher, who headed one of TransUnion’s subsidiaries, of failing to ensure that the company stopped the deceptive activity.

“TransUnion is an out-of-control repeat offender that believes it is above the law,” CFPB Director Rohit Chopra said in a statement. “I am concerned that TransUnion’s leadership is either unwilling or incapable of operating its businesses lawfully.”

The company in a statement called the CFPB’s claims “meritless.”

Danaher retired from TransUnion in 2021, according to a company filing. Attorneys for Danaher also described the claims as without merit, saying in a statement that “the CFPB is focused more on politically expedient headlines than the facts or the law.”

The bureau is asking a court to order the defendants to refund money to customers, pay restitution to harmed consumers and pay back ill-gotten gains for unjustified enrichment.

Tackling corporate recidivism has emerged as a key priority under Biden, who entered the White House nearly 15 months ago, with the Justice Department last year rolling out a series of policy changes aimed at better deterring repeat misconduct.

In its complaint, the CFPB said TransUnion failed to address shortcomings identified in a 2017 enforcement action under which the company paid $16.9 million to settle charges that it deceptively marketed its products, tricking customers into recurring-payment products and making canceling them difficult.

The CFPB said Danaher, who headed a subsidiary called TransUnion Interactive, sought to delay compliance with the 2017 order to try to boost revenue. For example, Danaher told the company to stop requiring customers to check a box to confirm enrollment in a paid product, which had been required by the order, the CFPB said.

TransUnion in its statement said it remains in compliance with the order, adding that the CFPB failed to honor its own obligations to respond to a plan for compliance that the company filed shortly thereafter.

Reporting by Pete Schroeder and Chris Prentice; Editing by Howard Goller and Will Dunham

Nicholas Goldberg: When bathrooms have naming rights, has branding gone too far?

Sun Apr 17 , 2022
It took me a few moments standing there outside the bathrooms at the Music Center in downtown Los Angeles before I fully grasped that some fundraising genius had actually sold the lavatory naming rights. It seemed inconceivable, but there it was in big letters over the entrance: “Lefton Family Restrooms.” […] 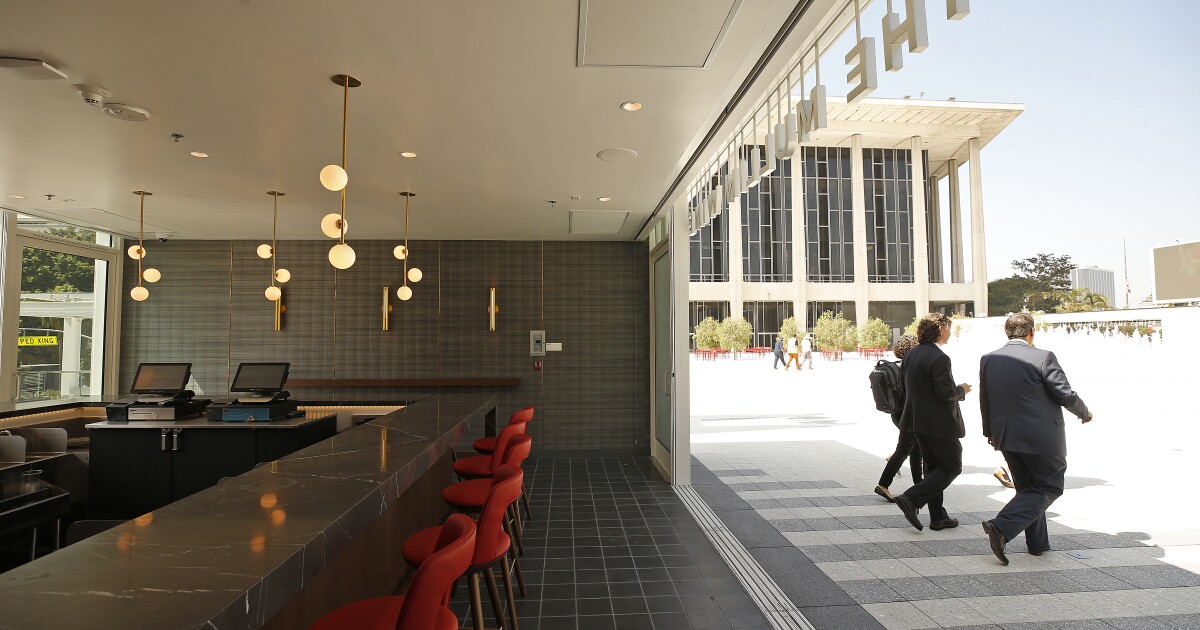