Walmart Inc.’s U.S. advertising business will focus on innovation and automation as it aims to become a top platform for advertisers this year.

The company said the digital ad agency offers advertisers access to Walmart shopper trends and buying habits, plus its own ad targeting and measuring platform.

The number of advertisers using Walmart Connect grew more than 130% year over year in fiscal 2022, Walmart recently said in an earnings report.

“Understanding customer demand and their needs is a core component of any retail offering,” said Seth Dallaire, chief revenue officer for Walmart U.S. “The more that we know about the behaviors of our customer, the more we can anticipate their needs and our corresponding services and offerings.

“At Walmart Connect,” Dallaire said, “we are focused on taking our customer intelligence signals to help advertisers reach customers in ways that deliver value for them.”

Rich Lehrfeld, senior vice president and general manager of Walmart Connect, described in a March 30 blog post what the agency will focus on this year in its efforts to become a retail media leader.

Walmart Connect’s mission is “to help brands and sellers meaningfully connect” with the 150 million customers who shop at Walmart each week either in stores or online, Lehrfeld said.

“The power of these connections and shopping experiences, combined with Walmart’s scale and reach with U.S. shoppers in-store and online, is propelling Walmart Connect” on this trajectory, he said.

First, it’s using new formats to showcase brands, such as in-store video, self-checkout screens and walls of television sets. It will also use lower-tech methods such as in-store events and product sampling.

Lehrfeld also hinted at some innovations on its e-commerce site to come by year’s end. “We will be moving toward new premium advertising experiences on Walmart.com, including testing new onsite ad units and video,” he said.

Second, Walmart Connect is giving suppliers and sellers of all sizes automated systems to help them grow their businesses, Lehrfeld said. These are largely “self-serve” tools that let the brands themselves create and manage display campaigns on Walmart.com.

Walmart Connect is expanding its Walmart Platform Partner network, in which advertisers choose an expert company to help them scale and automate their search campaigns. Along with he network’s nine partners were recently joined by Austin-based firm Jungle Scout, a top all-in-one platform for sellers on Walmart and e-commerce giant Amazon.

The third prong draws on current offerings such as improving targeting and search capabilities and expanding its measurement capabilities for all its offerings, including in-store ad placements.

Lehrfeld said Walmart Connect also will continue to scale what it calls a “One Walmart” approach. That lets suppliers use resources across several Walmart areas such as merchandising, site operations and marketing.

To help advertisers understand and make full use of the self-serve tools Walmart gives them, Walmart Connect offers several training opportunities for them. Training topics include product overviews, campaign set-up and management, and optimization techniques, a Walmart Connect spokeswoman said.

The training is offered in several formats, she said, depending on the content and the needs of the advertisers.

“This year, we launched WMC Academy, an online platform where advertisers can take courses at their convenience,” the spokeswoman said. Walmart Connect also holds webinars and in-person classroom training, she said.

The company realizes customers want to know and control how the data Walmart has collected on them is used, she said. The Bentonville-based digital citizenship team “advises the business on information privacy, how to use and govern data, emerging technology, cybersecurity, managing records and more,” the spokeswoman said.

Digital ad spending is “surging,” according to a December report by research firm eMarketer. A shift toward ad-supported video-on-demand, despite the continued popularity of subscription-based services, is just one of several developments reflecting that surge.

In fact, eMarketer expects the digital ad market to grow nearly 50% to top $300 billion by 2025. That will account for more than 75% of all media spending, the company said.

“And this may seem a little strange, but more advertisers are taking on more responsibility for their own messages. Not all, but more,” he said.

“Slowly but surely, the traditional media are declining in their relative influence and relative audiences, and I’m sure Walmart’s noticed that,” Block said. “And I would suspect that they are trying to get into the digital world as much as they can. I think that’s where they see the competition coming from.”

Both Block and Mark Cohen, director of retail studies at Columbia University’s Graduate School of Business, said it’s not other ad agencies Walmart Connect is competing against, but other retailers — namely Amazon.

Cohen said the difference between Amazon and Walmart “is that Amazon is a marketplace and has been able to generate revenue from the things they sell.

“Walmart is a store, though it likes to think of itself as a marketplace,” Cohen said. “They have to be sure not to advertise things that aren’t big sellers.”

Whether Walmart Connect’s plans are enough to make it a “top advertising platform,” Cohen said, “We’ll have to wait and see what kind of strategy they really launch.”

“This is a company that writes a check first and thinks about what they’re going to do with it later,” Cohen said. “There’s an old expression ‘ready, fire, aim,’ and I think Walmart is guilty of that.”

Wed Apr 13 , 2022
Hannah, principal of Hannah Nieves Consulting, helps build profitable brands through marketing, branding and PR. getty As entrepreneurs, we all know how many risks come into play when launching a new business or brand. Whether it’s making your first investments, selling your first product or growing an audience, hard decisions […] 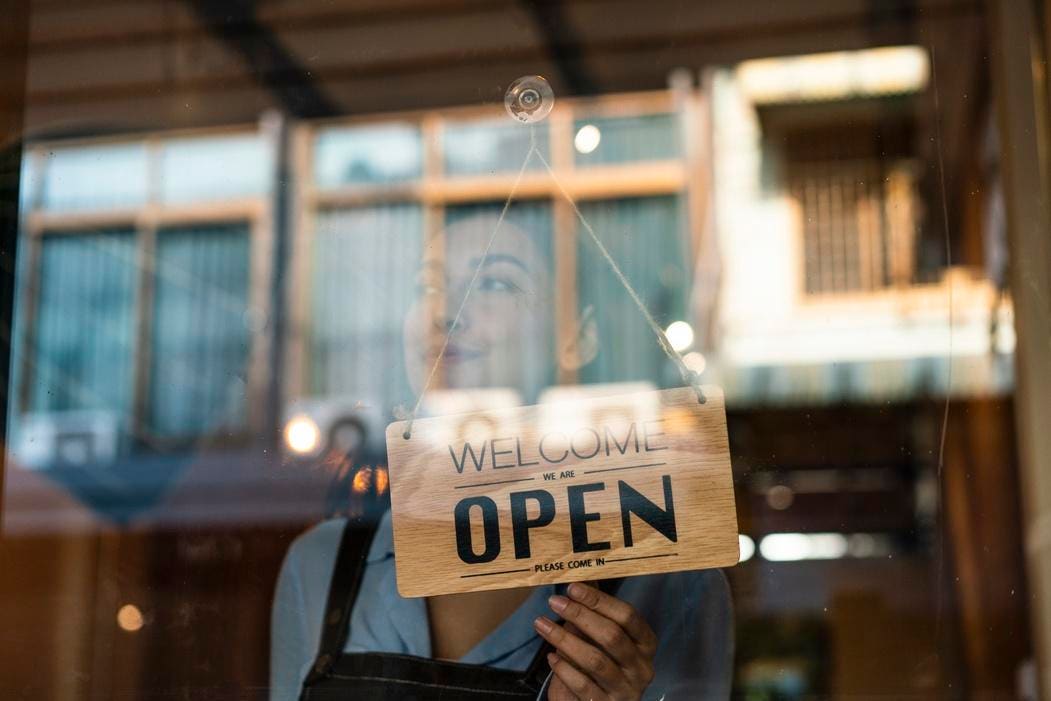